A downloadable game for Windows and Android

This is a game was originally made for the MetaFest VR Jam #1 that was held back in September, 2020, where I had the honor of scoring first place Overall, and receiving an average 5.0/5.0 on Gameplay!✨

There are updates planned for the future, including additional levels. 😉

The theme for the jam is "Escape", and in Roll or Die you are in a giant hamster ball, trying to escape the environmental dangers of each level and to get to the exit as fast as you can (ala Marble Madness).  You are timed and graded based on how many gems and stars you collect in each stage.

Note: Some gems have side effects, so pay attention to their colors. (Specifically, blue gems will speed you up -- additional gems are planned for a future release.)

Note: Some levels also have giant scary cats (also in hamster balls 🙀) -- and if they notice you, they will come say "hi" to you, and probably kill you by accident.  So... you might want to run from them.

How to play:
The controls are pretty simple, just pretend you're in a hamster ball and use your hands to spin it from the inside. 🐹

If you fall too hard (or off the level) you'll die -- it's not the distance that kills you, but the vertical velocity.

Your best time will also be recorded and displayed -- (doesn't matter if you collected any gems or stars on that run, you can just speed through to the exit).

Supported Platforms
I tested on the Oculus Go, and Oculus Quest natively, and on the Quest over link cable.

There's a SteamVR version that a third party has confirmed to be working "perfectly".  (In Virtual Desktop on the Quest, the hands are at odd angles -- man, supporting Steam VR is super rough right now... so I can't vouch for this, but I've been told it's working correctly for folks).

For the WMR version I just targeted their official plug-in, but I have no way of knowing if it works or not -- so please let me know below. -- But I'm betting the SteamVR version may work for you if the WMR one doesn't?

The Google Cardboard build, by default, uses the direction you are tilting your head in and whether or not the clicker is being clicked to control how the ball rolls. -- BUT if you go into the options you can toggle on a gamepad mode instead (just keep clicking the top option), and then use a gamepad that is bluetooth joined to your phone to control the ball -- in that mode, left stick moves, right stick rotates, and the triggers are breaks to slow you down!  [ Please note, the Google Cardboard version will not receive future updates, and it is not a great experience. ] 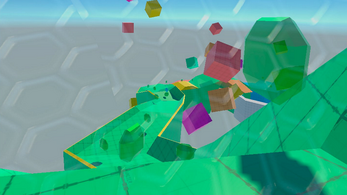 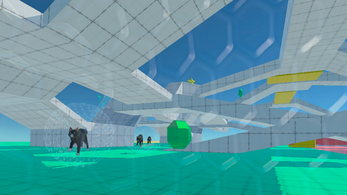 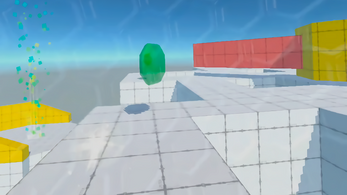 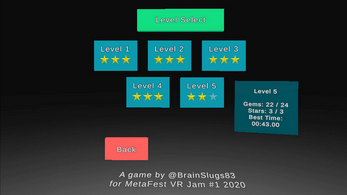 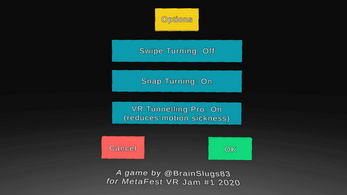